Testing Windows and QWT in R4.1

So there are small changes from the previous version (20200914) of Qubes R4.1, but there remains still a lot to do with respect to QWT and the Xen drivers. Is anyone out there willing to dive into the Windows and drivers mess?!

2 Likes
Windows installation in Qubes
Windows support in Qubes
Reinstall 4.1 or 4.0 after problems with Windows Tools?
What does the core Qubes team need help with?
marmarek October 29, 2020, 3:44am #2

I think the main problem is qrexec - in R4.1 there is a protocol change. The old protocol is still supported, but the agent (VM) part needs to support protocol negotiation. For Linux it was implemented here, similar change is needed in Windows implementation.

This message doesn’t look related to the Windows VM startup - unless you have some PCI devices connected there. But then still, it should be harmless. If the VM remains in intermediate state something is happening there - maybe simply GUI isn’t visible (which would be similar to “W10 without QWT” case). Was seamless GUI enabled there? If so, then here too was a protocol change, and the old version is still supported(*), and no extra changes should be needed for version negotiation. You can try viewing emulated VGA output with qvm-start-gui --force-stubdom <vmname>.

For Windows 10 with QWT installed, the VM from R4.0 can be imported and started, but somewhere in the boot process, the VM crashes with the error message INACCESSIBLE BOOT DEVICE, an error I already have seen in my earlier tests on Qubes R4.0. This error does not make sense as the VM was started, so it has access to the boot device. This might have to do with switching to a Xen disk driver???

I think it means PV disk driver crashed. Or is in some way incompatible. The initial boot is done with the help of emulated disk (which stays in use if PV drivers included with QWT are not installed). There are some debugging hints at https://www.qubes-os.org/doc/windows-debugging/, but I’m not sure how relevant they are to PV drivers. AFAIR there was some method to get debug output from those drivers, but it might require rebuilding them with debug enabled…

(*) Unless you use GUI domain separate from dom0 - this feature requires new GUI protocol in the VM too.

@marmarek I still use dom0 as GUI domain; so far, I just experimented with sys-gui only for Linux VMs.

Hi. Did you try this? 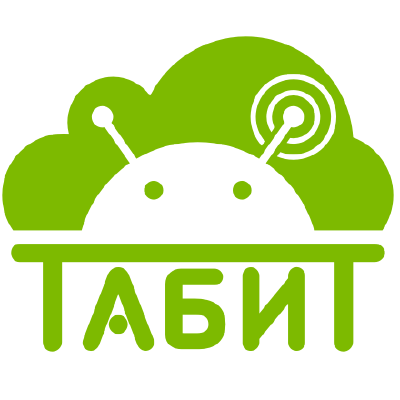 Hi, I tried to build it according to this link, using Fedora-32 with wine and docker installed, but the first docker command aborted with the following message:

This is a known issue on Fedora since 31+ and this why you should use for example CentOS 8 or Debian 10 for using Docker. For Fedora 31+ Podman is massively used as replacement for Docker and I doubt Docker people will fight against this or at least, they would need to be compatible with newer cgroups.

Thanks that helped a step further. I installed docker on Centos 8 and got it running. But now, an error occurs at step 4, probably because of a version incompatibility in wine:

I have no idea where I should search now to add --allowerasing or so. I suppose it’s a problem in the build procedure provided by tabit, but where can I find that - I have never used docker before.

The same error occurs when trying the build with debian 10 under Qubes R4.1.

Yes. This is fedora-32 wine issues while you trying to install dotnet40 via winetricks
dotNetFx40_Full_x86_x64.exe - Microsoft .NET Framework 4
Dockerfile need some fixes.

The part with winetricks is not working even if I tried with multiple dotnet4X versions. I don’t have time to debug winetricks issues so I hope that would help someone.

I tried now several different configurations and came a bit farther with using fedora-32, where I got a rather funny result:

I attach the corresponding logs (unfortuately as JPGs, because the forum software won’t let me do otherwise). I hope this might help further. 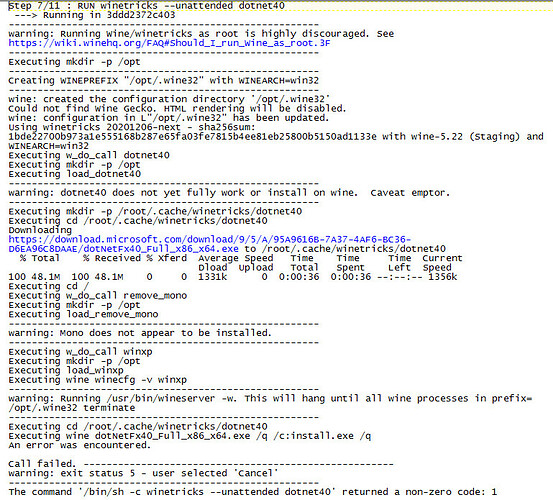 I’ve got it working (up to video driver). I’ve removed docker stuff because there is no need for that. Let me polish things and send you my branch.

I invite you to have a look to https://github.com/fepitre/qwt-crossbuild/ and you can check build instructions in README. Please note this is a version without GUI component. I’ve refactored a little bit things to have normal Qubes component build process :). I won’t probably go farther on this because I’ve decided to continue the work initiated from Marek to attempt to revive Qubes Windows components last year based on the work done in qwt-crossbuild. I’ll will focus on them in order to have us a build of QWT in R4.1 as in R4.0.

Tested on a Windows 10 PRO:

Build failed. Message limit only 32000.
So, parts of qwt-crossbuild-dom0-fc32.log

in qubes-builder/qubes-src/qwt-crossbuild, run make get-sources, it should have been pulled earlier. I’ll check.

I’ve pushed force master branch to have the same than nogui one so you would certainly need to clean the sources first. Sorry this is very developing stuff. Also, normally sources for archive dependencies in qwt-crossbuild are now fixed.

I just tried to build under Fedora-32 and got to make qubes-dom0 COMPONENTS="qwt-crossbuild", which aborts with the following message:

Sorry - I Just imported the Qubes keys. I’l retry with the developers keys.