I’d like to spark conversation and gather information on the current progress towards making Qubes usable for those who are more likely at risk - Human Rights workers and Investigative Journalists among others. It’s also stated this is one of the key target audiences on the Qubes website:

Made to support vulnerable users

Thanks to Qubes OS, vulnerable or actively targeted individuals such as journalists, political activists, whistleblowers or researchers can enjoy the same benefits of using multiple computing devices at a fraction of the cost and without the associated loss of usability. (in qubes-os.org/intro)

Great progress has been made thanks to the Qubes team and all contributors, but we know we’re still not at the point that a mac and windows users can simply do their work on Qubes with little more than some training (to adjust for the compartmentalization paradigm).

A past conversation on this topic happened on mailing-list but hopefully by bringing it also here, it can reach a wider audience (thanks to the usability of the forum)

This is a list of current efforts towards bringing qubes to at-risk populations. Either in terms of training, custom software aimed at this population or training programes.

Nina Alter is now officially part of the Qubes’ Team and will be spearheading UX improvements for the operating system with the help of the MOSS Mission Partners award. 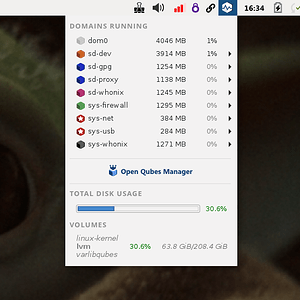 Securedrop is a project by the Freedom of Press Foundation (FPF) that aims to connect journalistic sources with journalists in a way that both are protected. Particularly, to safeguard the security of journalists the FPF team has been building a configuration of Qubes for opening documents safely and sharing them, even when they come from untrusted sources. Find more about the project here. 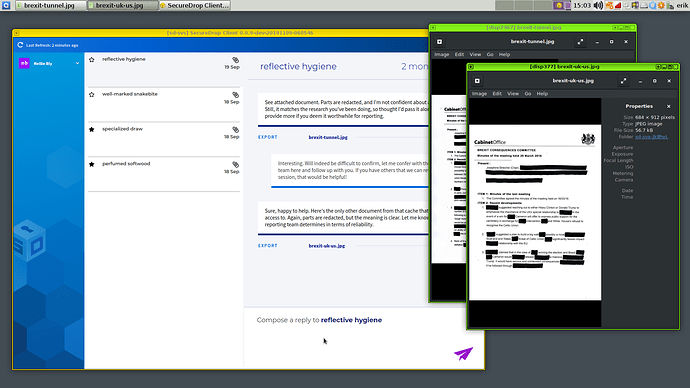 Watch the video The Next Generation of SecureDrop: A Virtual Event by FPF

Qubes Trainings for Journalists (By FPF)

As part of FPF’s efforts to migrate their system for journalists to Qubes (see above) they will be doing trainings for journalists on the operating system. Not a lot of information is publicly available on this.

What other projects are there? Is anyone developing a salt configuration for these populations?

If you know of another project, please do share them bellow.

6 Likes
Secure VPN VMs in Qubes OS
A pre-configured Qubes with the following settings?
Time for a GUI / Icon refreshment
Unable to connect my Webcam to any AppVM; connects and then fails
News on the new design?
Installing Qubes in a Chromebook?
Qubes Usability Discussion
Description of default qubes for beginners
deeplow August 21, 2020, 9:00pm #2

Id love to help with anything in this space. There were a couple amazing talks about how folks from FPF were using qubes at hopecon this year.

The first one talks about personal use cases for qubes and also goes into orchestration. I think the value would be not deploying just qubes to an at risk user but deploying a preconfigured qubes setup that is reproducible.

The second talk deals with secure drop architecture and use

4 posts were split to a new topic: Is SaltStack Open Source?

There were a couple amazing talks about how folks from FPF were using qubes at hopecon this year.

I didn’t know about those! Thanks a lot @robstunkist! That’s exactly the sort of content sharing that created this thread in mind with.

I converted one of those talks into a post it the hopes it reaches some more people in the community:

These are text notes that I made from a presentation Harlo Holmes from Freedom of The Press Foundation (FPF) gave at the HOPE 2020 conference: QubesOS for Organizational Security Auditing. The talk mainly about explaining how Qubes is ideal for this use-case and showing off the tooling Harlo uses to do security audits on Qubes as part of the Digital Security Team at FPF. These notes include most of Harlo’s remarks and they’ve been curated to have links to the Qubes documentation and well as o…

this is awesome! thanks for doing this

Create "Who uses Qubes" or "Why use Qubes" section

We need some user friendly content that explains Who should use Qubes users base. The Tor project has a nice one. This...

It seems to be pretty outdated or it was never accurate. In particular, it claims that Tor cannot be installed on Qubes OS…

yes, I think that issue should be re-ignited or be futther developed under: issue #3758. I’ve posted there some more inspiration material for creating these personas.

That’s one of most complete guides out there. Too bad that these things get outdated so easily @427F11FD0FAA4B080123.

Thanks for bringing that to my attention. I think having that will be a huge stepping stone especially for organizational security (in newsrooms, or digisec trainers for example).