Most powerful computer that is guaranteed to work with qubes?

hello, im wondering what the best pc specs i can have that will 100% work with qubes? I wanted to go with new zen 4 stuff but i hear it has lots of compatibility issues.

The CPU is last gen, but it’s still pretty fast.

Never had any issue with compatibility/stability/performance.

{joke}980? Oh man that cpu must have more pcie lanes than I imagined.{/joke}

If intel hadn’t limited RAM to 128GB on non-server cpus, I wouldn’t be so torn on choosing between amd and intel considering the difficulties xen/qubes is having with amd.

interesting, thanks for the input. i really wanted to run newest gen amd stuff but if it wont work and last gen intel will i guess thats what i gotta go with

I only switched to Intel because coreboot became available for current gen CPUs, but I’m happy I did, running Qubes on a current gen AMD does seem like a lot of headaches.

The 13th gen Intel should work, you just need a motherboard that works with qubes.

The 1.1.1 milestone for Dasharo includes support for 13th gen S CPUs, I’m hoping to be able to upgrade to the 13900KS when it is released. 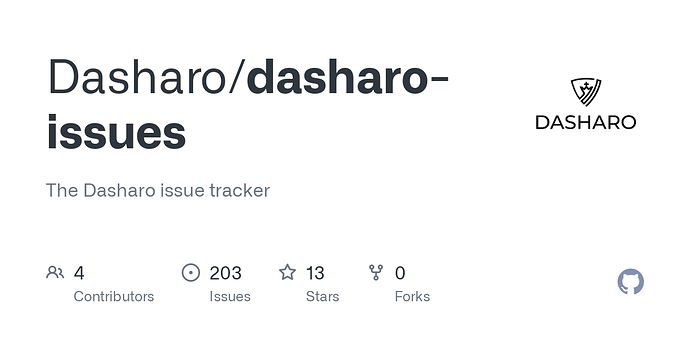 The Dasharo issue tracker . Contribute to Dasharo/dasharo-issues development by creating an account on GitHub.

The road have been quite long ( https://forum.qubes-os.org/t/ryzen-7000-serie/ ), but all the required upgrade and patch are in qubes development tree (xen + libvirt upgrade + xen patch). Should work out of the box with Qubes R4.2.
I still have a lot of tests to do. I will update my “ryzen-7000-serie” posts until I can confirm that everything work.

I’m assembling my desktop pc, and since I use Qubes, I have a few questions about the compatibility (I want to avoid wasting thousands of $): Question 1: am I right in thinking that the compatibility issue only concerns 3 components: Motherboard, CPU, GPU. Is that right? Question2: if I purchase the following: the latest nvidia gpu (RTX 30xx or 40xx) a good fresh motherboard with TPM enabled (qubes requirement) an Intel CPU with all the qubes requirements (vt-x + vt-d + EPT) Then there’s li…

How long is the boot time on your PC? I might consider daily driving qubes if I can reduce boot time with better hardware.

The boot process is not faster on my system.

I have 3 extra PCI cards added to the system, which might slow down the boot process.

Around 50 sec from I hit the power button until I see the xorg login prompt.

I’m running a log in script that starts 5 qubes and 4 disp browser, so it’s kinda hard to say exactly when the desktop is loaded, it does a lot of extra work when I log in.

Why do we care about boot time? Also, I would say mobile CPUs are better for us be cause Xe outperforms Intel UHD.

Thanks for the details. I will save my money.

Why do we care about boot time?

I prefer not waiting to use my computer. Go ahead and wait as much as you like. To each their own.

Let me stop ya on your tracks right there. Don’t get a powerful modern computer, get a powerful old one that doesn’t have gubbyment-mandated spyware (IME/PSP). I wouldn’t even bother with Qubes at all if I didn’t have free hardware to install it on. x86 is morally bankrupt in 2023

I’m missing two components for this build, I will attempt to run QubesOS on it based on the data provided by @renehoj:

I’d get the latest motherboard Z790 but I’m not sure it’ll work, I might order it and then return just for the same of science.

Why would you even turn it off? There is no wait if you don’t.

Let me stop ya on your tracks right there. Don’t get a powerful modern computer, get a powerful old one that doesn’t have gubbyment-mandated spyware (IME/PSP). I wouldn’t even bother with Qubes at all if I didn’t have free hardware to install it on. x86 is morally bankrupt in 2023

You are trying to enforce your threat models on other people. I do not give a flying fsck on iME (to the best of my knowledge ATM) but I need a fast modern computer. There is no such thing as “powerful old one”. You cannot have decent performance on a 4k monitor with pre-Xe video.

Currently I’m using a laptop. So I turn it off to save power and for security.

I may consider a desktop or mini pc that I don’t turn off. However, it would need to be power efficient and/or support suspend. What would you recommend? I am actually looking for something to drive 4k at a high refresh rate.

I am currently on 11th generation NUC and it is just fine. Gen12 should be even better, but I am not that sure about compatibility, need someone to test it (NUC 11 “just works”, zero issues). However, never tried suspend. Its power consumption is small enough for me to not care.

i go with that - thats how i do it if im going to my hackerspace. lock the screen, unplug everything and plug everything in when i arrived.
the only “bad” thing about is, is, when im arriving the hackerspace after ~1h so im loosing ~60% of battery.