Has anybody succeeded in installing a MacOS VM (or other) on qubes? What was your recipe?

MY MOTIVATION FOR DOING SO:
It would be nice to be able to have it alongside my Windows 10 qube that I keep around for:

Legality issues aside (I was doing this on a MacBook Air 4,2, before anyone brings it up

), I’m sure there would be enough demand out there for this. Especially now that Big Sur likes to ‘phone home’ almost as much as Windows…

macOS as a VM

Do you get it to work?

I’m wondering if this script would translate to a Qubes standalone: 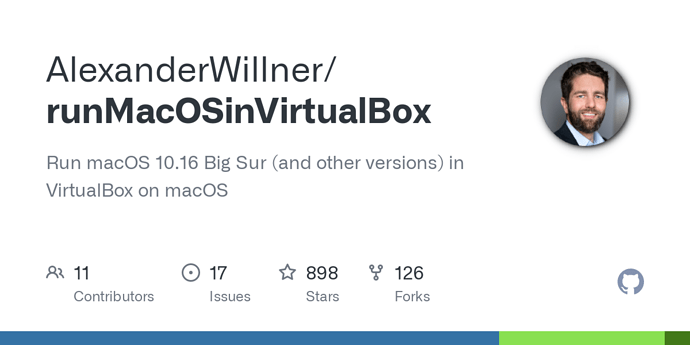 maybe no, since the “hardware” is different