I hope I am in the right subgroup.

I want to get a secure OS. I am using Linux. I got ransomware which enabled the crooks to tap my contact address book.

What I want to know is there a software programs list of programs that work with Qubes. I want to use various 3d software such as Blender and etc… Also desktop production programs such as Office Libre and etc…

Thanks very much for responding.

My understanding from reading the list of safe Linux OS was that Qube was an
OS. I need to find out more.

From your note it seems that Qubes is a container similar to VMWare but offer
security features that VMWare may not offer.

I was wanting to switch from Mint to Kodachi but read that it should not be
installed on the computer. I would like to go with an OS that is installed
and I would use the hard disk for storing files and etc…

My thinking at this moment that is maybe if I install Qubes I should also be
able to actually install Kodachi. I would need to learn if these two would
work without any conflicts.

Unfortunately, there doesn’t seem to be any links to a users’ form like this
on the Kodachi’s website.

My plan is to replace the current hard disk with a new and larger one and go
with something that should be more secure.

I got 2 - 3 ransom notes which I ignored. The notes, especially the 1st one,
was a mass mailing because they made threats that would not be applicable to
what I have and do with my computer. They also assumed that I would care. I
think that since I did not reply they realized that there is nothing to gain
by blackmail attempts. At my age (78) it doesn’t really matter.

I did get two fake notes from people in my address book. I had not dealt with
one of the people since 2013. The other was a friend who they used his e/m
address to send me a security information link. I did not attempt to read
it and much later did not see it. I wrote the friend and he had not sent me
any such note.

The group seems to be from a time zone that is much opposite from me. I got
the notes after 11 pm - midnight.

I got ransomware which enabled the crooks to tap my contact address book.

That’s really unfortunate and I was not aware that ransom campaigns were already targetting linux desktop computers as well - good to know! Qubes’ security model would have prevented that ransomware, or at least contained it to only one qube (compartment).

Since the Qubes (Virtual Machines) are basically all linux based (debian, fedora, whonix, archlinux), installing sofware on Qubes is almost the same as installing it on Qubes. So any software compatible with those distribution should have no problem installing on qubes. And since you’re already in the linux world, it shouldn’t be too big of a jump, though you’ll have to read through the docs.

Understanding how Qubes works takes a bit of time. I suggest you watch this youtube video by explaining computers on Qubes.

But I have two extra disclaimers for you

1. The use of 3D and Video software

All Qubes software runs on virtual machines, meaning it may be a bit slower and the hardware acceleration is not there. Specifically for video productivity tools and 3D like blender, it might be a compromise you’re not willing to make.

Installing other OSes on Qubes

My thinking at this moment that is maybe if I install Qubes I should also be
able to actually install Kodachi. I would need to learn if these two would
work without any conflicts.

I don’t know here if you’re referring to installing Kodachi on Qubes as a standalone. But just in case you’re thinking of the the former, I’d suggest you drop that idea for now. (note I’m not too familiar with Kodachi)

Installing other OSes on Qubes will loose out on all the Qubes integrations (that make it actually usable). Those alre only for people willing it make new TemplateVMs. Otherwise you’ll just end end up very frustrated like this guy.

The poster asks for running Kodachi Linux in a qube. But from the point of target audience of Kodachi, i dont see major problems to drop that idea and use whonix instead. Whonix is perfectly integrated into Qubes, it filters network traffic throught tor (as Kodachi does that), hides the internal network from outside (as all qubes based vm does that, if they use the integrated firewall-qube) and is debian-based (as Kodachi is it also).
So my suggestion would be to use whonix instead of Kodachi and have the extra profit from the integration into the qubes world.

If you really must use it, GPU passthrough has been achieved on Linux by some users and on Windows by others, but compromises your security. However, this might be worth it depending on your threat model. If I were you, I’d stick all 3D applications on a GPU-equipped offline machine and run Qubes somewhere else, having it handle all other tasks (including downloading, say, assets for Blender). I’d ferry information to and from the PCs using USB (or SSH if you can secure that).

(Note I am not an expert on Qubes, security, or anything else, so take whatever I write with a grain of salt)

FWIW, I have used Blender in Qubes and it works. With relatively simple
models the UI is even quite fast & fluid. However, this is all with no
benefit from GPU acceleration (not even slightly), so heavy usage may
cause the system to bog down.

Thanks for the input. One of the other people made a very good suggestion. That I only use another computer for the 3d and etc. and this computer just for internet access, e/m and some the light office type tasks of documents and etc…

a few years ago, ive read an article about kodachi in a german linux community magazin. They did not recommend using it. They use/used an buildin vpn service. So it is up to you too trust them.

If you need more information: 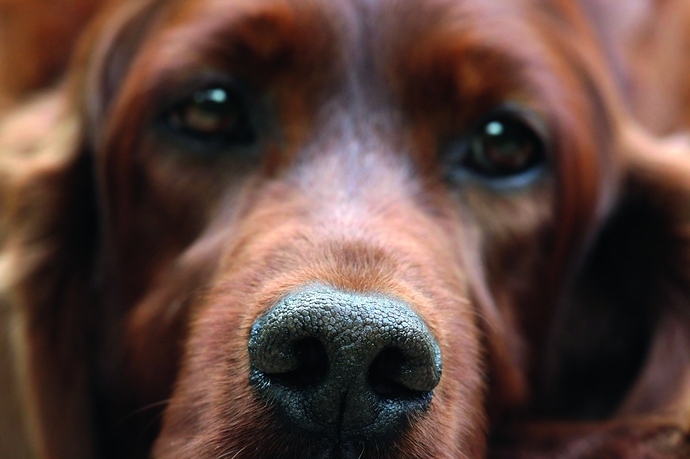 The article is from 2017 so maybe things have changed.

Virtual Box does not run in any VM. So any program that uses direct hardware functions will not run.

It’s been a while, but it is possible to run VirtualBox in a qube.
I’ve done it and I seem to recall a discussion on qubes-users.