How to remove US keyboard layout?

I see issues, such as this https://forum.qubes-os.org/t/qubes-users-4-1-rc1-uk-keyboard-reverted-to-us-layout/7386 here, but none of them solve my problem.

Since upgrading to 4.1, I have the keyboard layout broken again problem.
In System Tools > Keyboard > Layout the US layout is not mentioned anywhere and I specified GB layout during install.

But I don’t know how I was able to set VC Keymap that way. Setting it all to US doesn’t fix the problem.

Is there no way to get rid of the US layout completely?

Did you remove US keymap during install? You shouldn’t do that. 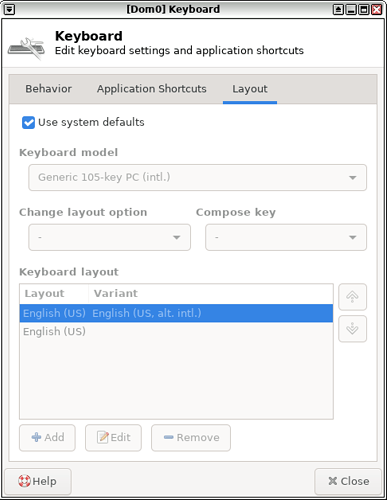