I wrote the Qubes shared folders service in an afternoon. It is what it is – useful, but not ideal.

I’ve come up with a design for an improved version that I would like you to review for correctness and to see if it could be implemented better. I think this design has potential, and I want your feedback before implementing it.

The document has been updated and now lives in branch perfolder:

It already contains an implementation, which should be reviewed, of the feature. 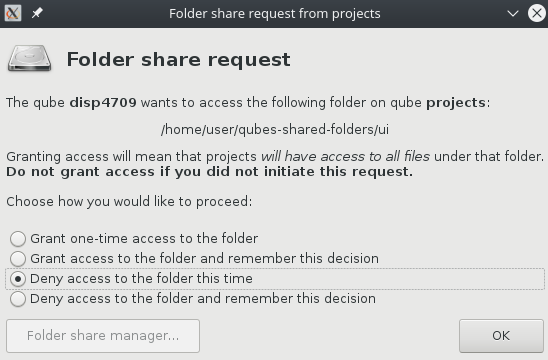 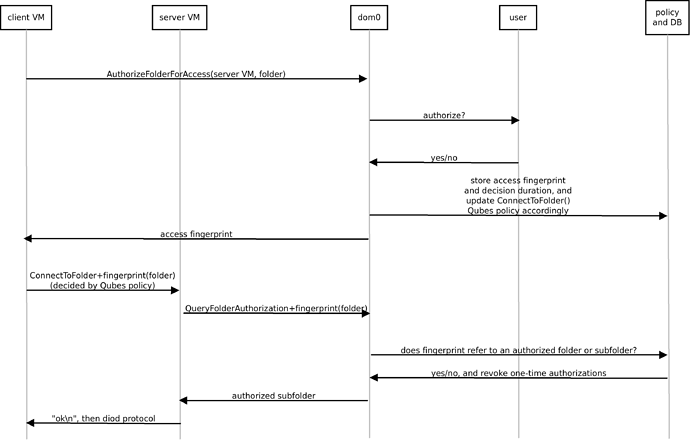