I struggled recently with data recovery after my notebook being services:

Hi, I bought Lenovo T14s with an AMD processor, I put in a bigger disk and installed Qubes OS 4.1.1 on it, with disk encryption enabled. Shortly after installation, it turned out, there was a bad pixel, so I made a warranty claim and sent the notebook. Just in case I took out the disk, the one with Qubes on it and I put in the stock one. When they returned it, it turned out that they updated BIOS and when I put in my disk with Qubes, the notebook could not boot the system (Security boot is disab… 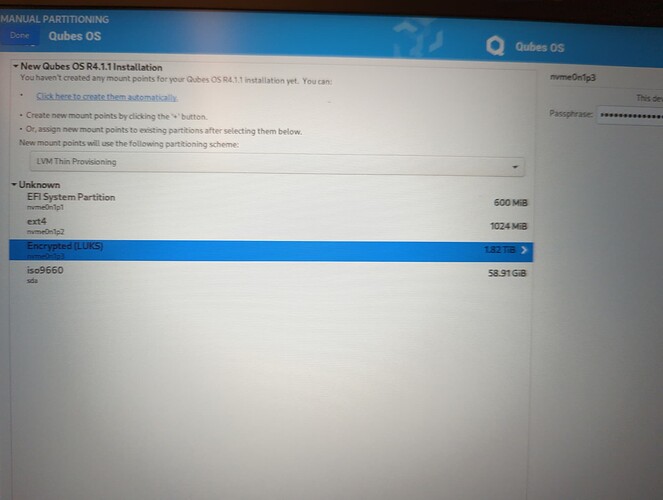 and on the other three space after decriptng luks partition: 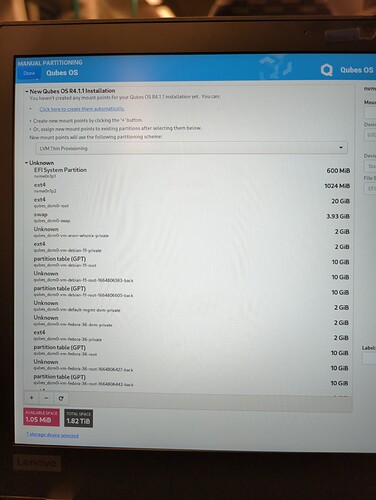 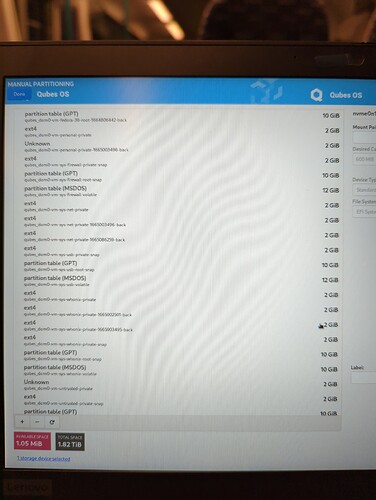 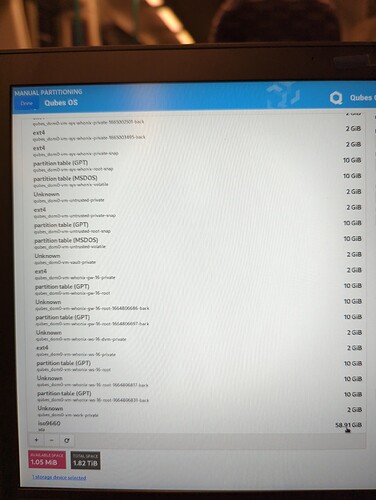 Some of the positions could probably be explained by making one installation with automatic partitioning after another, but still there are many points not clear to me:

Forgive me for my lack of knowledge. I tried to google stuff, read the relevant Qubes docs and catch up with LVM and LUKS since I haven’t used them before (the last couple of years I spend using macs).

Is there any writing that could explain more in detail the relationship between LVM and Qubes?