Attached is a screenshot of relevant lvs output. The crypto-xmr-throwaway volume is not actually that size, it was originally sized to that to download the monero blockchain via cli and then to allow for a pruned version to be made.

Problem: I want lvm space back without bricking the qube and having to restore the qube from a backup. sudo lvs shows that crypto-xmr-throwaway volume are oversized, despite deleting a 105GB file from the qube (yes i checked the trash to be sure).

Attempted solutions: Attempted to reduce VM size (nukes the .bitmonero hidden folder that contains the blockchains; tried backing up the pruned blockchain to veracrypted SSD, then copying said blockchain+assorted files to a new qube (input/output error when trying to copy pruned blockchain back over to new qube),

I’ll report back if my attempt at fixing works. Otherwise please help me out if you can. Thank you. 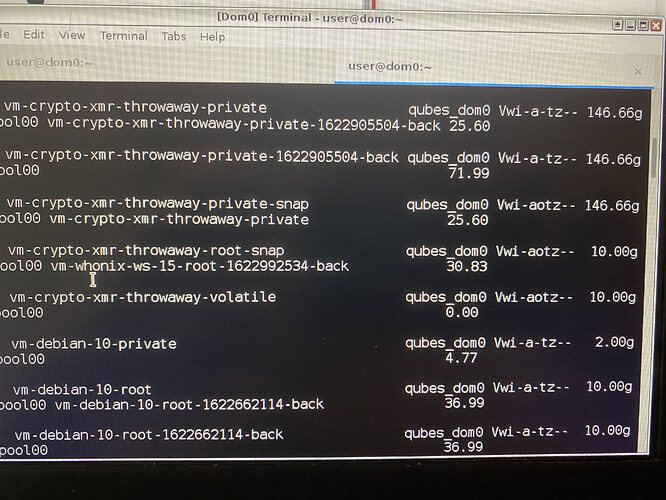