Has happened twice that my laptop completely shut down when unplugging my charger. That update might solve the issue.

Another user reported issues with the touchpad not working during the instalation screen. Using a mouse solved it.

I’m trying to instal Qubes on a new Librem 14 and the cursor won’t move allowing me to select my language.

Seconding Hanabi and Leaningtree findings:
So far so good overall! Much improved experience compared to my old laptop. Issues encountered on Qubes 4.0.4 (8/4/2021):
-Battery issue out of the box for Librem 14 v1, frequently has had a total crash despite reporting 50%+ battery (total power loss, not standby). On charge was reporting 100% but then would fail after 15 minutes or so. Followed Leaningtree’s DKMS driver install link, and now it’s reporting a more realistic battery charge level. Also did:
echo 90 > /sys/class/power_supply/BAT0/charge_control_start_threshold
-There’s an unresolved Intel graphics issue being discussed in the Purism forums that’s possibly major if anyone uses KDE/Plasma/etc. I only noticed its cosmetic effects the pureboot menu and am fine in xfce Qubes.
-Trackpad went bonkers on the Qubes OS installer, had to use the keyboard to navigate menus with Tab.
-Having to switch to headphones from the top right sound menu is annoying.
-Kill switch for wifi as mentioned requires a restart of sys-net to get it working again.

Hello everyone. @fsflover requested that I provide my experience running Qubes on the Librem 14, so here I am.

Did Qubes work out of the box, or did you perform any configuration?

So I would say that, Yes, Qubes worked out of the box on my Librem 14v1 without the need for any configuration.

This would be extra exciting for two reasons:

Would you be so kind to submit a report too?

I submitted a report here.

It’s also the only one with a possibility of interdiction services and a microphone/camera kill switch. Perhaps these points could even be mentioned in the list.

Computers that "just work" with the current Qubes OS release

Thank you!
One could also mention this report: Best Qubes Laptop is the Secure Librem 14 – Purism. It indicates that the company intentionally makes their laptops compatible with Qubes OS, which no one else does in this list.

The Pursim discussion was about them changing the hardware after being
certified by the Qubes OS project.

Having the Librem 14 be the first laptop on the list, one that can be
bought new at this time and adding the extra information about
anti-interdiction-services as well as the hardware kill switch felt like
almost promoting or endorsing it over the other computers listed.

So first I considered to only list the positive reports and leave it at
that (and let the reader discover the other details on the Purism page).
However, these details are of extra value and interest to our community
so I could see that listing them would be appropriate.

They are also not “advanced” features, like Coreboot/HEADS which I
originally listed for some of the ThinkPads but then removed, as this is
supposed to be a simple “just works” list and the advanced users
interested in these extra capabilities will do research and don’t need
this list.

So the result is that Purism Librem 14 is at a position of maximum
prominence on the list (first, fastest, extra security related features)
but I was also aware the there have been issues with Purism in the past.
I would have considered it “unfair” to only list the positive without at
least mentioning the discussion. Imagine someone ordering the machine
and then later reading the discussion wondering why there wasn’t any
mention of it on the list.

Does this explain my reasoning a bit?

Thank you for your explanation. I see your point and, like you, I don’t want to make any advertisement or present lists biased toward any side. I would like to have a balanced picture, which is why I’m discussing it here. (I myself also do not want to become a Purism fanatic and want to have a balanced view of the things.)

First, just to note that those things are not “yes/no” questions, just like security in general. There are always grey areas and different shades of trust, which also depend on the threat model and history of the company’s actions.

and them installing some adware on
Windows (irrelevant).

This is not irrelevant at all. It shows that Lenovo the company is willing to sacrifice some user trust for money via very shady tactics. Also, it’s not about “Windows adware”, it’s about intentionally including malware several times, including by infecting its BIOS. My personal trust in them was significantly decreased. It’s a very similar issue like with Purism, when they retroactively changed their return policy. In Purism’s case, though, it wasn’t about security and privacy, unlike with Lenovo, which should be very relevant for the Qubes users (judging by myself here).

The Pursim discussion was about them changing the hardware after being
certified by the Qubes OS project.

According to @michael, that was the time when both Qubes and Purism were just learning how to do those things, and the current policy came out as a result of that. But even if that was a mistake of Purism, who doesn’t make mistakes? Or do you think it was intentional and may happen again?

Having the Librem 14 be the first laptop on the list, one that can be
bought new at this time and adding the extra information about
anti-interdiction-services as well as the hardware kill switch felt like
almost promoting or endorsing it over the other computers listed.

Again, I also want a balanced list, like you. However, if this laptop is actually better in some way, I don’t see how it is an advertisement. Note how I did not suggest to remove the discussion on Purism, I definitely agree that it’s relevant here. The security incidents with Lenovo are relevant, too, though, IMHO.

@adw, @michael … I see @fsflover’s point and are unsure how to
proceed. Do we need a poll? Can you please give some advise?

Or just make “Lenovo” section starting with the link.

Does the official report by Purism count here? (Perhaps not, because you want reports from independent users, which is ok to me; although official support of Qubes by the company might be relevant for users.)

I probably would be fine with any option you listed.

options A or B sound best to me. I’d lean A and also mention Insurgo’s anti-interdiction as well. sadly there’s no good link for it, details are in the text-soup of the Insurgo homepage.

as mentioned in this HCL, I would make clear this is Librem 14 v1 in the short-list. we have no control over whether there will be subsequent revisions of the Librem 14 so better to be future-proof in how we refer to it.

I have no opinion at the moment, so I’m glad Michael already answered.

Done. I also added all the certified hardware to the list (an obvious oversight).

make clear this is Librem 14 v1

I wonder if it might help to somewhere nicely recommend people search the Qubes Forum before making a purchase.
Also wonder if including something, perhaps like the following, somewhere might be useful.

Recommendations are bound to change. Disagreements among the community are inevitable. Fortunately, the community is open to all and welcoming to anyone seeking more help.

Personally if someone asked me for a recommendation, I’d try to point out the warts as well as the advantages of the various options (i.e make sure someone understood both Librem’s and Lenovo’s history). But for a concise “just works” list that may be too much to try to achieve.

Relevant for those using Librem 14: 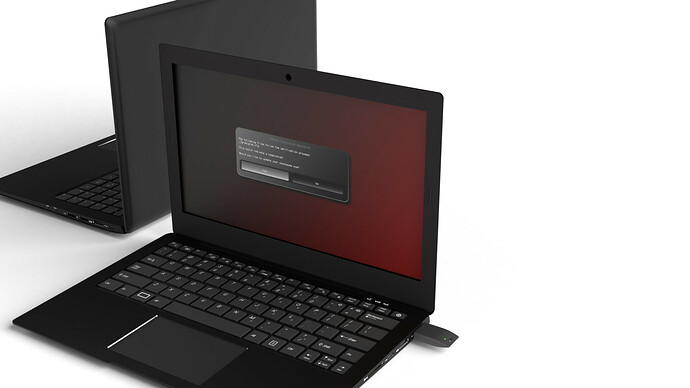