Outside of Mullvad what other VPN's are recommended and work with Qubes?

Was looking at Nord and Proton, dont like Nord but it seems to work on qubes, but proton looks like it doesnt really work. Anyone confirm and what VPNs outside of Mullvad are recommended?

This is off-topic on this forum. Such discussions are allowed for users with Trust Level 2 or higher. Then, you will be able to access this: https://forum.qubes-os.org/t/which-vpn-do-you-use/3406.

Hi all, is there any free VPN to use with qubes VM’s , like the free built-in VPN in Kodachi OS, also why don’t we all recommend to qubes team to include in qubes os a free built-in VPN like kodachi os developers did, thanks in advance

is there any free VPN to use with qubes VM’s

is there any free VPN to use

don’t use free vpn, they often do bad stuff (malware, collecting data, etc) (i have seen a free vpn that it sad i connected to vpn server in netherland, language all set to dutch, but ip check it actually florida, us)

Be careful of things that claim to be free but are not open. Many so-called “free” services have simply changed their economic model where you become the cost of the service and the product that is eventually sold.

Hi, I installed windScribe on App VM work (fedora-34), but once I rebooted, windScribe is gone so I had to reinstall it again in the work App VM, should I install it in template VM fedora or debian? I downloaded file windscribe-cli-1.4-52.rpm and windscribe-cli-1.4-51.deb too, what is the best way to make it working permanently with all App VM, is there any way for auto start windscribe, thanks in advance

I would like to reiterate what @fsflover has already pointed out: this question is off-topic here.

I can see how for less experienced Qubes OS users, this might not be readily apparent since the OP is asking for VPNs that “work with Qubes”.

In Qubes OS network connectivity is isolated in dedicated qubes: sys-net encapsulated the networking hardware and provides network to sys-firewall, which in turn provides network to all other online qubes in a default setup. These qubes that can provide network are called ProxyVMs. They are typically Linux template based qubes with two network interfaces:

So now, when someone wants to use a VPN with Qubes OS they have several options:

There is little qubes-specific about installing a VPN. I’d recommend going with option 3 and creating a dedicated ProxyVM. Set the firewall rules of that ProxyVM qube to only allow outgoing traffic to the respective VPN servers. That way, when the VPN is down or otherwise not working no other network connections are possible (aka “leak proof”).

Other than that: check if the VPN you want to use has install instructions for Fedora (or Debian if that’s what you use) and follow them. Consider how to install sofware in templates and if you are installing a dedicated VPN client instead of using the standard OpenVPN or Wireguard implementations think about having a dedicated template.

The instructions posted by Micah Lee for Mullvad work with any and all VPN providers that offer OpenVPN.

Adding to what @sven just wrote… I highly recommend the “Mullvad on Qubes 4” guide. It too can be modified to work with any VPN provider that offers OpenVPN. 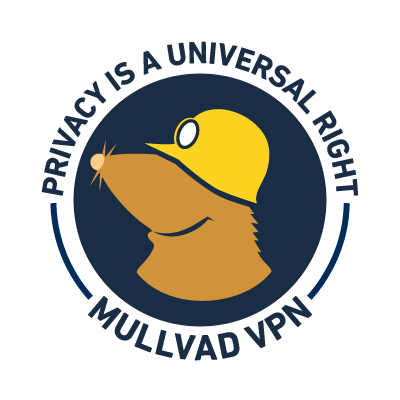 How to install and run Mullvad on Qubes OS 4.