Posting here because I see.

How to promote Qubes? (belongs to #general-discussion ) 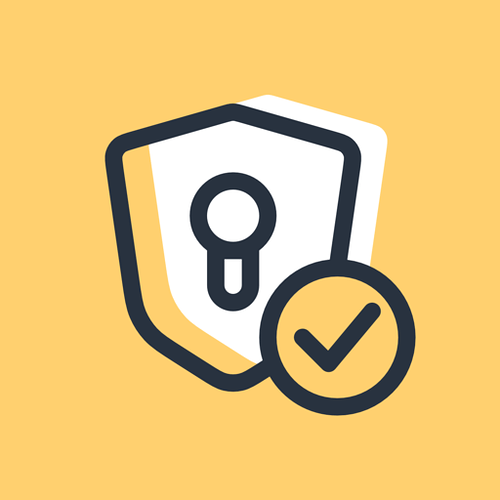 How is QubesOS as a desktop OS? Is it especially taxing and is it similar to...

I am finally getting the opportunity to nuke my Windows install again, and considering the time I will have in the next few weeks because of Christmas, I was wondering if I should consider trying Qubes out. Problem I have though is that it’s based...

See current most liked response
“It’ll be far more than just a substandard experience for anyone using it as a desktop os, would be very inconvenient unless you have a very specific usecase that requires it. Just use a normal distro and sandbox your apps if you dont trust them, i’d recommend either bubblewrap or bubblejail (gui) for this.”

final word when posting this
“The user is trusted and the machine is distrusted with the assumption that attacks will come in from the computer. This is for when nation states will sizable budgets are after you…”

If you see nonsense like this ( and it appears on the Forums too), just
reply to set the record straight.
Speaking up really helps in promoting Qubes.

I’ll be frank: Getting it to install seems like a major blockage in many cases. As long as it is so hardware-fussy, it’s going to be hard to promote.

I was persistent and annoying, and got it installed after buying new hardware, but I am sure many people would just give up when they realize the distro can’t see their SATA drives. Which is what happened on my first system. (I even installed it to an SSD on a different system and brought it back to the first system; once it got past disk decryption it wouldn’t work–the system on the decrypted drive couldn’t see the SATA drives…including itself!)

I was willing to buy new hardware, fortunately, to get it working, and even IT wouldn’t take Qubes unless it was the absolute latest from the testing repository. (As a result I am not even sure if the regular distro has caught up with me yet.)

I was willing to buy new hardware, fortunately, to get it working,

Because there are people that prefer their digital security over conformism.

Clearly I am one of them or I’d not be here.

I’m pointing out a high barrier to entry. I’m certainly not claiming no one will want to scale it.

But the topic here is “How to promote Qubes.”

Creating clear noob-style documentation would be excellent promotion. I think many users are intimidated by Qubes. We do have that in many instances, but still … When I first got into it, I was a Linux noob (and still believe that every day is a school day in many ways), and I found conflicting guides or docs that were not updated. But hey, I do love a challenge.

But yes, Qubes being unavoidably fussy with hardwear is a tough point for many people.

“The user is trusted and the machine is distrusted with the assumption that attacks will come in from the computer. This is for when nation states will sizable budgets are after you…”

If you see nonsense like this ( and it appears on the Forums too), just
reply to set the record straight.
Speaking up really helps in promoting Qubes.

Thank you!. Qubes promotion newbie here. Found the following (blatantly stolen from @BEBF738VD) useful in How is QubesOS as a desktop OS? Is it especially taxing and is it similar to using VMs on a traditional OS? - #7 by Confused - Privacy - Privacy Guides.

You may benefit from reading the introduction: Introduction | Qubes OS

Furthermore, many questions can be answered by reading the documentation: Documentation | Qubes OS

I think promoting the OS through the biggest Linux channel on YouTube (AFAIK), DistroTube, would result the highest ROI.

I’ll be frank: Getting it to install seems like a major blockage in many cases. As long as it is so hardware-fussy, it’s going to be hard to promote.

This blocking factor is difficult to overstate.

In general - Qubes will likely remain an outlier but since it’s a numbers game, I think the best form of promotion is daily use and demonstration of its abilities to those interested. Qubes is an OS best positioned for hobbyists and professionals. And outside of “walking the walk”, the next best thing is to make oneself available to help with set up and troubleshooting - should it occur. It will.

The Internet is like a giant mall with a billion kiosks with salespeople jumping out for one’s attention. AWS this. Twitter that. Netflix this. Windows 11 that. The waves of fashion come this way and that. For Qubes to make a lasting impression, we have to be comfortable with the slow cook of converting one person or two at a time and building a lasting loving relationship with, seriously, my favorite OS of all time.

I already wrote something similar - I’m starting with my kids.

I already wrote something similar - I’m starting with my kids.

Sorry if I missed it! I would love for Qubes to be more popular. It’s not just a great platform for security and privacy (sisters not twins) - I think Qubes is vastly underrated for things like focused work as well.

I think that the Qubes documentation is, for the most part, some of the best out there. I mean that. Excepting the Yubikey set up docs but that’s a different conversation altogether. I went from zero knowledge to a nearly fully-functional environment in a weekend when I decided I want to step up security game. And for the most part, no one on the other end knows! Zoom works. Teams (beurk) works. Standard Notes. So on and so forth. And when I need it, there’s the Windows HVM. But that’s only like once a month.

I drop something nearly every time I talk to another computing nerd. That’s right. It’s the Qubes OS name.

Or y’know… let’s just not promote it? Things get devoured by the corporate capitalist singularity when they grow too large… While “Microsoft Qubes” may have somewhat of a ring to it, it is not a concept I am willing to physically share a planet with.

Do you have any examples of free software getting worse due to its popularity?

Depends on how you define worse, but Ubuntu and MySQL, you could maybe add Github to the list.

I see I’ve been beat with better answers already, but I was gonna say Minecraft. Not exactly “free software” since it’s a paid game, but ever since Microsoft bought the game they’ve been busy hacking away at every other freedom the game had to offer before. In their latest round of shenanigans, they took freedom of speech from the community. Even private third-party servers are now forcibly moderated by their woke interns… Not that there aren’t ways around it, but at least to me it wasn’t a trivial nor a short search.

(In case anybody’s interested, the plugin you want is called FreedomChat)

Absolutely… Not long after MySQL was thrown to the digital wolves I spent a day or two trying to get stuff working that never was a problem until then!

Then I installed MariaDB and never looked back