Hello everyone! So long story short i was running Qubes off an HDD and since it was painfully slow i wanted to update to an SSD so i cloned my drive using Macrium Reflect however after opening up my laptop to install the new disk neither disk is recognized as bootable in the BIOS before installing Qubes on that HDD i was running it off a USB disk until i got the hang of it if i unplugged that USB and plugged it back in i had the same issue and i had to go though reinstalling the OS in order for it to show up in the BIOS however this time the difference is that i had files on that HDD that i would like to keep. Is there any way to get back into Qubes? Or access my files? All comments are highly appreciated.

I don’t know if any of this helps but Windows 10 ( installed on a seperate disk ) boots up just fine. My laptop is an MSI GT75

I don’t know Macrium Reflect, I use dd to clone partitions, so I dunno if what I say will work for you (it should I guess).

When cloning a disk, it clones everything, including all UUID’s and LUKS-id’s stored in files. When you boot dom0, it will look into /etc/fstab and /etc/crypttab to look for, and use the right id’s for your disks/partitions (PV’s)/Volume Groups/Logical Volumes.
Maybe Macrium Reflect is different, but when you clone using dd then on boot your qubes will look for your SSD id numbers, but only finds your HDD id numbers so it will wrongfully try to access your HDD, so that’s something for you to look into.

But that not the reason why neither disk is recognized as bootable in the BIOS. That’s probably because /boot partition (or EFI (/boot/efi) partition) is corrupt (or not plugged in (usb?))

What I would suggest is:

When that’s done, what you need is: 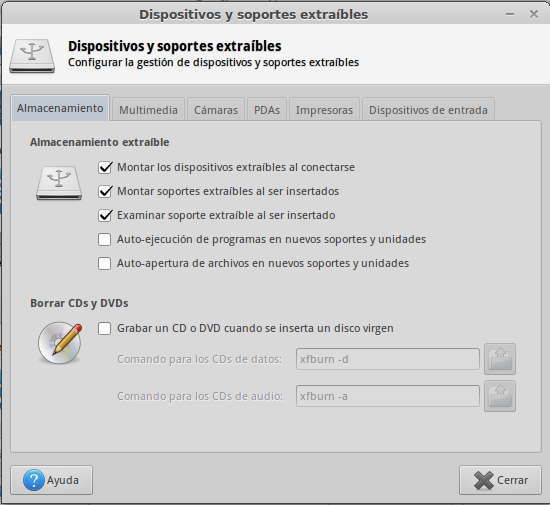 If you did the above on your HDD, then you can now run boot-repair (as root)

go to ‘advanced’ tab and make sure:

When that’s done you should be able to boot from your HDD again which gives you the opportunity to make backups.

If you did the above on your SDD, then you first have to change some details before running boot-repair

You may want to replace your HDD id’s with your SSD id’s there.

Now if somehow the output of sudo blkid | grep /dev/s tells you that the id’s of your SSD and HDD are identical (cloning?), then that may give problems when booting if both are connected at the same time… in that case you may want to physically remove your HDD

Try to get your back-ups, and have fun!

WOW! First of all thank you very much for taking the time to write such a lengthy and detailed comment in order to help me i’ve gotten all the way though to run boot-repair but i got this error message " Please enable a repository containing the [grub-efi-amd64-signed] packages in the software sources of Qubes 4.0 (R4.0) (mapper/qubes_dom0-root). Then try again. " Any ideas?

Edit : Everything else seems correct and my files are right where i left them

We’re all in this together, so you’re welcome!
I’ve had help from all kinds of friendly beings, like one time I was riding my bicycle in Scotland and had an accident. A local brought me to the only car mechanic in a 100km radius. After he preliminary fixed my bike, good enough to ride a the bicycle shop few days away, I asked “what do I owe you?” He said: “just pass it on to someone else”, so that’s just what I do

Please enable a repository containing the [grub-efi-amd64-signed] packages in the software sources of Qubes 4.0 (R4.0) (mapper/qubes_dom0-root). Then try again. " Any ideas?

I got it to work by installing when not connected to the internet. Thanks daret for the suggestion and thanks fabien for the tips. I appreciate it!]([SOLVED] grub-efi-amd64-signed failure, Installer Crashed - Linux Mint Forums)

and my files are right where i left them

Now that you can access them… you did take a backup… right?

Have fun!
A point of attention within an infinite state of consciousness having an experience

Unfortunately in today’s society people like the person that gave you a ride to that mechanic that mechanic himself and you are far and few in between takes me a minute or two to remember a memory of someone being nice to me , let alone a stranger.

I did backup everything important from that point onward the ideal scenario for me would be to boot up into the OS even for the last time to backup everything using the built in utility so i could reinstall Qubes on that SSD so it would show up as a boot option.

The error i got if i tried to run boot repair while not connected to the internet was. " No internet connection detected. Please connect internet. Then try again. "

" Please enable a repository containing the [grub-efi-amd64-signed] packages in the software sources of Qubes 4.0 (R4.0) (mapper/qubes_dom0-root). Then try again. " I just don’t know where to find that repo or where to put it…