Fell free to ignore this thread as I will eventually figure it out but if you feel like helping I would appreciate it.

Okay so I have followed the documentation several time and for the life of me can not get it to work. I only have experience with Kali linux and it automatically recognized my drives and put an Icon on the desktop to access them so I am not sure how to proceed.

Where exactly do I even look to find the slave drives to know if it even is working?

I see nothing show up in “Other locations” or in any of the folders in the files section.

What would I look up to find the “my computer” equivalent on a Linux system? Or is opening a slave drive something that requires a terminal command? I have followed the documentation and assigned my drives thru the gul/Qubes devises icon as well as thru the terminal but I just can not find them anywhere after that.

Any help would be appreciated, This is the last real problem I am having that is keeping me from being fully integrated into Qubes daily driving. Yay!

Edit: looking into Gnome disks now. Hoping this is the solution:D

any better options or ways to access disks without needing additional packages?

gnome-disks will be useful but not what I am after unfortunately. It was however enough for me to know that the disk attachment is working. Run without disks attached and they do not show up, run after attaching disks and they do show up. Still no way to access the actual data though:(

Could my problem be because my drives are formatted and filled with data from a windows PC?

This was not an issue for Kali Linux to automatically detect and allow me to use, is there maybe a package that Kali was using to make that happen?

If someone could tell me where to go to find disks I could figure it out from there.

Could anyone let me know if they know how to help with this please.

I think it needs to be xvdi1 or xvdi2, you are trying to mount the device not the partition

im not exactly sure, my ultimate goal is to have xvdi and evdj run as one drive in raid1. But I would settle for just being able to access my movies and music and such.

I am thinking maybe its a file system issue since the drives were used for raid1 on a windows PC. They dont seem to appear at all under the df -T command.

You can create a raid1 device in dom0 and expose that device to the qube, but you probably want to make a backup before you try that.

It’s the mdadm command you need to use to create the raid, but I doubt it works if the previous raid was configured by windows.

Thanks for the help, and no it didnt work.

I think you put me on the right track with the mdadm tip though. It looks complicated but allegedly it will work with windows raid drives. Thanks!

It says you have not created the directory /home/user/hdd

So I got hdd to atleast show up in the Other Locations section which is progress but when I try to open the drive it says I must be a superuser to do so… Ill try again in the AM thanks.

Could my problem be because my drives are formatted and filled with data from a windows PC?

Is it a NTFS filesystem you have on the disk? If so, I think ntfs-3g could be the way to mount it - I don’t have any NTFS drives around, so I can’t test it … :-/

I have not figured it out yet. I did assume it was ntfs and tried mounting as such and received an error as well. I think I have reached the point that I need to just take a break and leave it be before I end up punching a hole in my monitor lol. Ill give it another try tomorrow probably but man I had almost forgot what anger felt like until these last few days.
I did have it at least showing up in my devises so I think I can get it when I have more patience. By the time I got close I was already so burnt out I couldnt take my time. At least I am on the right track now:D

thanks for all the help folks!

Apparently I did have an old NTFS drive hiding - and after assigning the drive to a fedora dvm, I can do:

Can you do something along those lines?

Welcome to fdisk (util-linux 2.36.1).
Changes will remain in memory only, until you decide to write them.
Be careful before using the write command.

When I search for “Microsoft Storage Spaces mount linux”, I find: 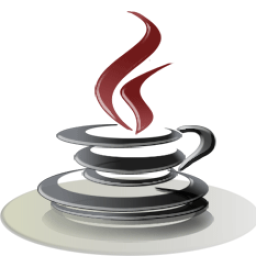 Is there are way to read a windows storage space from Ubuntu?

At the time of writing, there is no Open Source software that allows to mount this kind of file system, the only option right now is to use proprietary software:

ReFS for Linux by Paragon Software

I don’t know if it has changed since … but if it works on Kali Linux, it might have changed …

yea thanks for the help. I greatly appreciate it! I think im just going to give up honestly. Its not really a big deal. Ill just jump back to windows 10 and transfer the few files I really dont want to lose and head back to qubes and learn how to format and whatnot for Linux. It looks rather easy to do when things are formatted properly.

I needed to reinstall qubes anyway, I dont want the swap partition, I have 64 gb of ram so i dont need to be burning all those read writes on my nvme. If memory serves they degrade over time with use so no need for that.