Short list of laptops/desktops that work well with Qubes OS

When I get through researching I’m happy to upload HCLs but think recommending models which have such inadequate performance on most modern software is going to hurt the project. Can we please draw a line at say 6 year old discontinued CPUs / Intel Ivy?

You say this based on what? …personal experience?

The only pre-Ivy CPU listed is the i5-2520M (Sandy Bridge). We got many folks running R4.0 on Sandy Bridge CPUs – they are all wrong?

What is “adequate performance”?

When I launch a new qube it takes 8 seconds, when I load a complex website it might take 3-4 seconds until it is rendered. I feel this is adequate for what I am doing and how I am doing it. Do you?

Yes, personal experience with X220 and L460 machines. For text editing it is fine. For outputting to a 4K screen and doing any amount of Internet browsing / interacting with web3 they are both pretty horrible. A newer CPU would be better, there is a “power user” segment and I’d like to help compile the current top 3-5 laptop choices for them. I thought that is what this thread was meant to do so was surprised to see recommendations for 9 year old hardware.

To be more constructive, the bottleneck seems to be software rendering on older CPUs.

I see you’ve done a lot of work to maintain the HCL, thanks. In your opinion what is the best thing we can do to accommodate power users? I’m going to buy 1-3 decent spec laptops to find a good “daily driver” for Qubes and will submit their HCLs.

the “community-recommended list” is specifically targeted at inexperienced aka non-technical users needing a computer that “just works” with Qubes OS. Please also consider that the Qubes OS community is global: what might look like a low-end option to you, might be all that is available or in budget for someone else.

This list nevertheless currently contains two options (Librem 14 & ThinkPad P51) that should work well for what you want to do. Also: a power user can be expected to analyze the HCL, do some troubleshooting and workarounds to get their environment going. The Dell XPS 8930 and several System76 laptops come to mind.

Good luck and looking forward to your HCL reports!

" In your opinion what is the best thing we can do to accommodate power users? I’m going to buy 1-3 decent spec laptops to find a good “daily driver” for Qubes and will submit their HCLs."

Thanks for you efforts.

I think part of the issue with using older computers, is that:

Later Hardware can not have such well tested FOSS Modules. Frustrating. Many of the hardware manufacturers bow to worship before the great deity M$.

I get your sense of frustration. I have used Qubes on a Lenovo X-230. I also have right now Qubes 4.1 (which is in testing, therefore should not be used in a required trust situation) on an Alienware 17 with a Skylake Processor and 16 GB RAM. The speed of response of the Alienware, is great. Still the basic Firmware which is behind the Boot, was originally written for Windows, and for speed of gaming. Basic Firmware is not for Security.

I like the example. If was a person like Elon Musk, whose job requires frequent traveling while keeping your company information, data, plans secure. Not being afraid of the complication of using Qubes. Then the Security Need of Anti-Evil Maid would be required.

Gee, I bet you knew all this. Thanks for your efforts. I wish I could afford the latest hardware with the best Security options.

the “community-recommended list” is specifically targeted at inexperienced aka non-technical users needing a computer that “just works” with Qubes OS.

a power user can be expected to analyze the HCL, do some troubleshooting and workarounds to get their environment going.

If you combine these two points, you should be able to see that an inexperienced user who just wants a powerful machine will have to do a lot of hard work comparing the CPU generations listed in the per-laptop pages (not even listed in the original table). This is exactly why I liked your original approach where you sorted the list by the CPU model. At the same time, an inexperienced user with a low budget would be able to look at the bottom of the sorted list and immediately find affordable machines, too.

will have to do a lot of hard work comparing the CPU generations listed in theper-laptop pages (not even listed in the original table).

Ok, I have reintroduced the CPU into the main list but retain the brand/model sorting/grouping to avoid double entires for models. I hope that is a compromise that addresses at least part of you critique while at the same time maintaining the compactness of the list.

To that end I have also made some other visual edits to improve the readability.

Finally, it appears while I was doing that you committed another change linking a discussion regarding @adw’s change of the “developer tested” entires. I couldn’t preserve it without loosing all my work. So I restored your edit with a minor change afterwards. Hope that works for you. 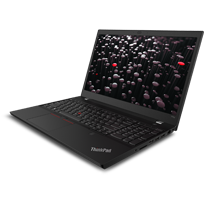 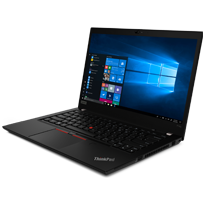 Both have similar Intel integrated graphics, but different Nvidia discrete graphics. Not sure Qubes will use the latter, as far as I know everything is software rendering.

The WLAN is Intel AX210, only the AX201 is mentioned in the HCL, but the AX210 is listed as being supported since Kernel 5.10 Linux* Support for Intel® Wireless Adapters

If someone could have a quick look, I’ll risk a purchase and add it to the HCL if I get Qubes working.

Thoughts on whether the ThinkPad P15 Gen 2 is likely to work?

In the existing P15 report I see two USB controllers, but that doesn’t mean the Gen 2 has them too. The website only lists two ports (not controllers). I bring that up because you mentioned it as a reason that the Librem 14 doesn’t work for you.

Personally I would stay away from Tiger Lake for now. As I mentioned many times before, when using Qubes OS you will do much better going with a 2-3 year old PC. There is plenty of power there, but you will have to go for something preowned or refurbished. The P51 was a bag of trouble when I got it new (company PC) and then over 2+ years it reached the point where it made it on the “just works” list. Don’t know how many other ways I can shout it from the rooftop: “shiny new” and “Qubes OS dom0” don’t go together very well and probably never will.

You’re quite right about the most recent generation of hardware, of course.
Unfortunately the planned obsolescence cycle…

This was very helpful information and saved me a frustrating purchase. Thank you very much and I shall continue to research.

The Lemur Pro keeps going out of stock, if the model I buy ends up working I’ll need many more units.

the model I buy ends up working I’ll need many more units.

I see. In that case I would recommend you to download the HCL repo which contains all the reports in YML format and filter type=laptop, qubes=R4.0*, usb>1, works=yes (I don’t know how to do this with existing tools and would personally simply write a quick and dirty parser that does that. That would likely take less time than researching existing tools. YMMV)

That should give you a manageable list of computers to screen through whether they are still available to be purchased in bulk.

I suspect that whatever remains will be a quite short list. Each report has the name or alias of the reporter. You could then use the forum or mailing list to try and get in contact with folks owning these remaining machines in case you have any open question.

Please, if you end up doing the above work … share the result in the forum – it would be extremely helpful!

As I mentioned many times before, when using Qubes OS you will do much better going with a 2-3 year old PC.

For this reason, I’ve been considering purchasing a brand new laptop and immediately tossing it in the closet for the next 2-3 years to let it age (like a fine wine?) before it becomes my next Qubes machine. Is that perverse?

purchasing a brand new laptop and immediately tossing it in the closet for the next 2-3 years to let it age (like a fine wine?)

That’s the most rational reaction I’ve heard regarding this entire topic.

I’ll add, to be helpful, that Lenovo does not accept non-US issued cards for payment when the order is to be shipped to continental US. This rules out new and refurbished Thinkpads. I would assume security conscious users don’t want unnecessary 3rd parties (previous users, computer stores, resellers) in their “supply chain”.

There is an argument to be made that it would be a lot harder to target you buying from a random seller on eBay then intercepting a shipment from a big OEM or reseller.

I’ll add, to be helpful, that Lenovo does not accept non-US issued cards for payment, even if the order is shipping to continental US. This rules out new and refurbished Thinkpads. I would assume security conscious users don’t want unnecessary 3rd parties (previous users, computer stores, resellers) in their “supply chain”.

This doesn’t strike me as helpful.

What you have said is untrue.
I assume you mean “Lenovo does not accept non-US issued cards for
payment, if the order is shipping to continental US”.
I do not know if this is true.

Lenovo uses authorised resellers in various zones.
There’s a repeated argument that a previous user/random computer store
purchase is likely to avoid any targeted attack, and therefore may be
more secure

Yes, thanks @unman, I had meant to write that Lenovo US is not accepting non-US issued cards.

This part is probably off topic but it seems that as of today I can’t order a laptop from Lenovo with a US issued card going to an address in the continental US either.

It is unfortunate that we depend on either obscure niche suppliers (System76 seem perpetually out of stock on the Lemur Pro; many have raised issues about the the Purism laptops) or a single major corporate for the bulk of Qubes compatible systems.

If I have a small biz with 9 employees in Europe and North America how do I onboard the company to Qubes efficiently?

Sure, that’s a good argument. For most of us who don’t need to worry about state level actors and supply chain interdiction it is more likely that the previous owner didn’t take precautions with the device and it has picked up some persistent firmware level malware from e.g. bad USB?