Looking to switch to a ThinkPad from a Librem14 Suggestions welcome

Same situation.
Except … I’m looking elsewhere (over than Librem) Before purchasing it. There is something about it that … IDK, doesn’t sound quite right.
The Librem I would go for total about $4800, which is quite a lot for the screen and processor they provide.
I’ve been a decades long user of ThinkPad, from T22 till my current T440p. (T22; T41; T60; W700DS; T61p; and T440p) The only reason for upgrading is the RAM limit. Currently stuck to 16G, I would need at least 64, even more … 128GB because of my (verrrrry) heavy use of browser tabs … which is a big problem inside Qubes, as each tab is a new window/qube.

I think I’m going to save up some more and go for a P16 with 128GB RAM. Unfortunately, these doesn’t come with Rysen but only i9, so I’ll need to tweak some; like removing the Intel Management, and install Coreboot. Also, the Librem Key that unlocks the LUKS !
But be honest: These mods are totally out of my knowledge reach … That’s why I’m still debating.

Why would you specifically want a non V-pro proc ? Isn’t that the very core needed to run (xen) Qube ? I’m confused …

Hey, I focused on non-VPRO processors to avoid Intel Management (i.e. AMT) which is basically a backdoor (or front). Why you think VPRO is a requirement for Qubes I hope I have not made a mistake?? The only CPU requirements are a 64-bit Intel (or AMD) processor with vt-d and vt-x (which non-vpro CPU have).

The only other potential issue I see is if you use anti-evil maid it requires Intel TXT. But when i last looked at that it seems difficult to setup since it requires TPM 1.2 and does not support UEFI. I did not think many people use it because of the limitations?

oh !! hum … looks like I’ve been mixing/confusing vPro and vt-…
I thought vPro was the virtualization thing, hence me focusing on getting such proc (for Xen)
According to your statement, I will now look for non vPro as well ! (or get someone to disable it)
Cheers,

@thinkpadp1 @Erica.vH Understand you may want Thinkpad
Sorry if off topic but have you looked at Novacustom?

Not off-topic at all !

Thks for adding these …
Librem 13 and Librem 15 are not (no longer?) available.
Librem 14 seems to have many problems, have a cheap screen, and is “limited” to 64G
NS51 Series 15.6 inch coreboot ultrabook - NovaCustom seems nice too, I remember checking it out some times ago, but didn’t move forward. It’s also “limited” to 64G. Same for https://system76.com/laptops/darter and Same goes with StarBook Starfighter.
All in all, what I’m after is a sturdy and tough yet portable workstation with max ram (128) size 14’’
Since there is NO 128G RAM in 14’ format, I had to move up 1-2 inches
That’s how I came up with P53, P15 (NOT P15s, nor P15v) or P16, as they all three have 4x 32GB slots
I think I’m going to get a P53, as it allows for a 2,5’’ drive along with an NVMe one … and will find someone to install coreboot and disable AMT/ Intel ME for me

All in all, what I’m after is a sturdy and tough yet portable workstation with max ram (128) size 14’’

“There’s no denying this laptop is a workhorse.”
BUILT LIKE A TANK
“The entire base of the P53 is built like a tank and you better believe the weight reflects that.”
“… monster 230W power adapter …”

will find someone to install coreboot and disable AMT/ Intel ME

If coreboot and ME disable important to you might need more research. Hope wrong but do not know.

Also saw some 2+ year old /r/qubes posts and 4/20 https://groups.google.com/g/qubes-users/c/HhEidcYIGrU/m/gJdduedsCQAJ talk of NVIDIA and wireless challenges. Nothing more recent may be positive but thought should say. Think wifi resolved.

The Librem I would go for total about $4800, which is quite a lot for the screen and processor they provide.

You don’t have to max the RAM and SSD, you can buy them elsewhere and install yourself.

Librem 14 seems to have many problems, have a cheap screen

Never heard any complaints about its screen. You mean, not 4k? It’s definitely better than on Librem 13.

Read link and your posts always inform. After 100+ messages left agreeing with eric.vanh

There is something about it that … IDK, doesn’t sound quite right.

it = Purism
I no have experience with Librems (skepticism only from history). Understand many thread posts during pandemic and supply chains f’ed up but thread responses concern no? Wonder why you seem to like Librem? “Ideological” optimism override privacy profiteering concerns? Something else? Confused but curious.

There is a dedicated thread for that: Discussion on Purism.

As my mind is set to a P53, I sure will post whatever experience !
WiFi not a problem, my entire network is RJ45 with Cat7 wires (except for my tablet and phone)
The power brick of my W700DS is big and heavy, I expect this one to be the same, but I use the laptop as a desktop, so not a real problem
will max it out, either i9 or Xeon, NVIDIA Quadro RTX 4000 Max-Q or 5000, and of course 4x 32GB RAM. With that, I should be good for the next 5 years

Like many others, I’ve been interested by Librem L14 because of the presentation, the idea of it, as flashing a ROM (for coreboot) myself is dounting, I’ve been planning (and postponing) to do my T440p but never did.
The LIbrem advertisement is mainl based on this, along with the pre-installed Qubes … I’ve had many trouble installing it myself on my T440p, mainly because of the specific setup I wanted, but gave up. So back to Windows (frustration!!) and other distros on my other laptops which max 8Gb RAM, so Qubes is out of question on these.
Other than that, I have no affinity with Librem. While I do, with Thinkpad, because of decades positive experience.

For your convenience, here are the links to all Thinkpad I found that carries 4 RAM slots:

I thought about putting a comparison table together, but I probably won’t

If you can hold on a few more weeks, I can report back on the Starbook. 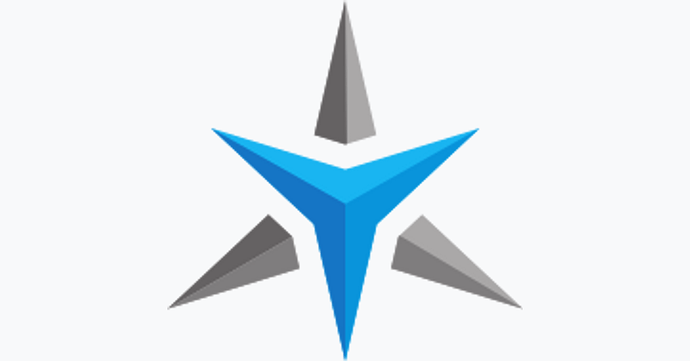 My only issue with the 2 laptops you suggested would be the lack of an Ethernet port.

Hey roaming mind me asking what is issue with using usbc to Ethernet adapter?

In this case you have to combine sys-net with sys-usb . The latter is not offline anymore (at least one USB controller).

I don’t know what you meant by this, but More and more I’m confident that if you trust enough to your eth2usb adapter, this solution is even better then to expose HVM directly to the outer world. I am actively deploying it

After several months of learning Qubes, I realized that the ethernet sys-net (not to say wifi) is the weakest link in Qubes, only to find out that it was already been discussed here, which proves what I concluded: I decided to start a new topic due to its visibility and the idea I got, but please merge it with above if you find it more appropriate. Now, after thinking through and reading a lot, these are the facts: Ethernet is safer than internal or external wifi. Ethernet sys-net has t…

I don’t know what you meant by this, but More and more I’m confident that if you trust enough to your eth2usb adapter, this solution is even better then to expose HVM directly to the outer world. I am actively deploying it

Thank you for posting this. I am actually having trouble understanding your setup. Does it avoid the problem of having to expose sys-usb to sys-net just to use a USB C-Ethernet adapter?

Does it avoid the problem of having to expose sys-usb to sys-net just to use a USB C-Ethernet adapter?

Sorry,but my English as not-a-first language makes me have trouble to understand your question.

My setup is simple. Separate sys-usb for the controller to which adapter is ported to. Created sys-net in PVH mode, attached adapter device from that controller/sys-usb to sys-net, configured sys-net (dvm-)template and connections as like the device is actually directly attached to sys-net and I’m online. sys-usb is not netVM for my sys-net.

Also,if needed to clarify, my sys-usb is not online at any moment.

Well, sometimes one “find time” at the office to do this kind of table …
How do I upload a spreadsheet in here ?